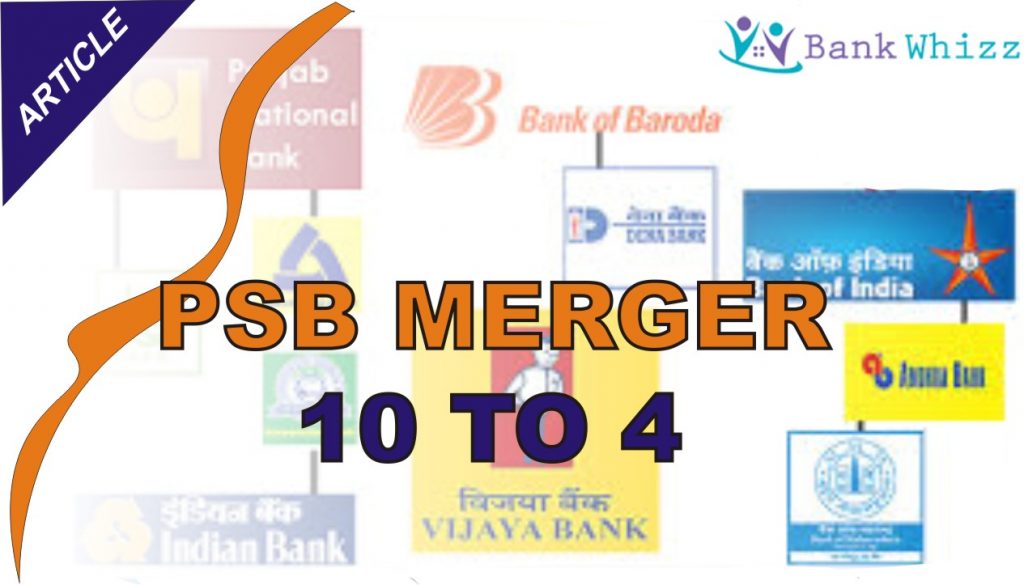 The initial enthusiasm of market analysts to the bank merger announcement is giving way to wariness and scepticism. There is a feeling that the potential benefits would take several years to show up and, meanwhile, the turbulence in the banks could take a toll on the real economy.

The merger move demonstrates once again the lackadaisical approach of policy planners in implementing sensible banking reforms in Public Sector Banks (PSBs), first mooted by the Narasimham Committee more than a quarter century ago. While the committee had cautioned against merging weak banks, the government has ended doing precisely that. The consolidation should have been a gradual and calibrated exercise resulting in a smaller number of well-capitalised and professionally managed PSBs with a sound governance structure. Instead, what has come is a shotgun ‘reform’ decision at a time when PSBs are in deep malaise.

A key concern about merging the ten PSBs into four in one stroke is a lack of clear articulation of the rationale behind bringing disparate and weak banks together, some of whom were still under the Reserve Bank of India’s Prompt Corrective Action (PCA). Further, such merger announcements generally trigger confusion, anxiety and insecurity in staff, leading to a slowdown in business. When decades-old brands are suddenly obliterated, there is widespread dismay. Poor communication within PSBs exacerbates the challenges. The smooth manner in which SBI merged five of its associate banks (ABs) in 2017 is not a relevant example in this regard. SBI had managed the ABs over the years with its own senior team, and all associates had already been functioning on common technology platform. In fact, left to its own, SBI would have preferred a gradual acquisition. The merger was forced upon it in the worst year of its history.

The efficiency gains from the mergers for large PSBs would be largely illusory in the absence of a sound management with a vision for the future. The post-merger scale economies that large international banks seek to achieve with ruthless measures are not feasible in India. Our objective should be to create bigger PSBs that can mirror the efficiency parameters of leading private sector banks here. The chief goal should be to reverse the decline in the PSBs’ Return on Equity (RoE) after investing considerable sums in bringing them on a common technology platform, and introducing better risk management measures. The merged entities should become agile and capable of meeting the challenges in retail and mass market segments from private players and open banking sources.

To smoothen the merger process, six measures may be worth considering. First, it needs to be ensured that there is no leadership vacuum in the anchor banks. Mergers require strong skills in thought leadership, results leadership and people leadership. The technical skills needed for integration planning, transforming business support functions and value build-up have to be cultivated. There is a strong need to revamp Human Resources (HR) practices and culturally integrate the expanded workforce through sustained training initiatives.

It is vital to give the current heads of anchor banks a three-year term, or a tenure that lasts till the incumbents reach the age of 62 years, to avoid uncertainties in managing the transformation, and to enable the chiefs develop a second line. It is equally important that the top leadership comes from within the banks based on performance. The practice over the years of shuffling senior executives from one PSB to another has done more harm than good.

Second, there is a need to recruit professionals from the market in key areas of technology, HR and risk management, in all of which PSBs are grossly under-equipped. Such recruitments should obviously be at market pay, which is the norm in joint ventures promoted by PSBs such as SBI.

Third, PSBs should not be found wanting when it comes to recruitment and training of front-line staff. There is a fear that the ‘merger wave’ may sink fresh hiring. While there will be rationalisation of headcount due to voluntary exits spurred by relocation and other compulsions, many staff members moved across their former banks may be less than suitable for the new roles. A buoyant exercise of recruitment and training is vital.

Fourth, the government should actively plan steps to offset a possible slow expansion in bank credit in the near term. There is a decelerating trend in loan approvals by PSBs, as brought out in the last RBI report on Trend and Progress of Banking. More risk aversion on the part of bankers, coupled with their internal preoccupations, could further slacken credit growth. Loan melas and directed lending measures would not be the ideal solution. Instead Non-Banking Financial Institutions (NBFCs), which have a better understanding of the market needs, need to be tapped to ensure better credit flow. In terms of size, NBFCs are about 15% of the combined balance sheet of all banks. They should be enabled to step in more actively to fill the gap in funding Small and Medium-sized Enterprises, which are facing real issues as regards credit availability.

Here, it may be good to consider expanding the scope of the partial credit guarantee scheme announced in this year’s budget to cover all NBFCs treated as Asset Finance Companies, instead of restricting it to the top-tier NBFCs, which any way have access to multiple sources. The proposed six-month guarantee could also be raised to two years to build a sustained momentum.

Further, the Credit Guarantee Fund Trust for Micro and Small Enterprises managed by SIDBI may be revamped to assist more NBFCs. Drawings by NBFCs constitute just 7% of the disbursements made so far, and smaller firms are not even aware of this option.

Fifth, the government should resolve the tangles in the ownership of the merging PSBs in insurance, asset management and other ventures. Some ventures involve foreign partners, and some are market-listed. The anchor banks should be free to take the best course that would optimise the value of such investments.

Lastly, the government should consider converting a few ‘weak’ PSBs outside the merger into regional banks. This was one of the recommendations of the Narasimham Committee. Banks such as Bank of Maharashtra and Punjab and Sind Bank that have spread manpower, network, and resources thin could be turned into vibrant regional institutions to serve agriculture, trade and commerce.

While such consolidation can result in handsome productivity gains, what matters is the quality of execution by a stable and committed leadership, aided by a shrewd and benign ownership.