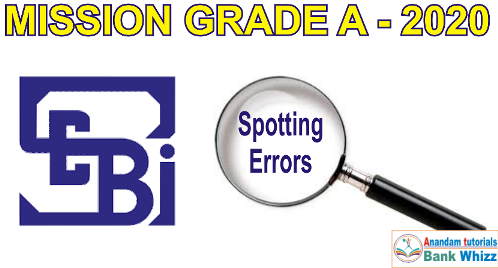 As the examination for Phase-I is coming closer, you need to accelerate the pace of your preparation. The following covers the Section on Error Detection comprising eight problems with proper solution:-

We provide you with Descriptive Paper Mocks for this examination with a 360-degree evaluation and study-notes. For details, click here.